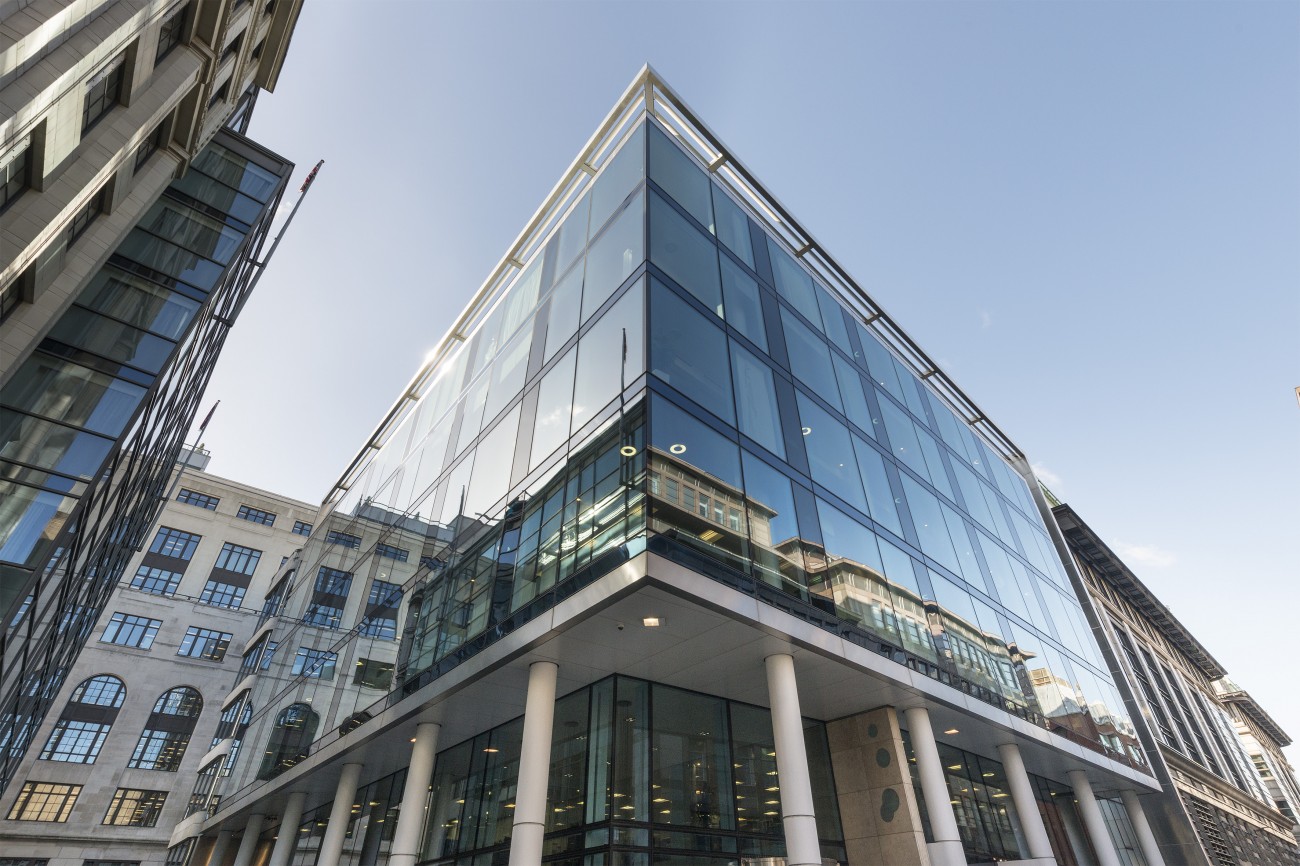 General Demolition used progressive demolition by machine methodology on the enabling works at the transformation of this London office building.

General Demolition worked with main contractor, Balfour Beatty Construction, to complete the 30-week demolition of 1 Tudor Street. This office building was the former north wing of Unilever House, situated on the north side of the River Thames close to Blackfriars Bridge.

‘Progressive demolition by machine’ was the methodology used to demolish the six-storey 1960s building. Three mini-excavators, fitted with hydraulic hammers, and a Bobcat skid steer loader were all lifted to the roof of the building by mobile crane. Then, General Demolition performed the demolition work progressively, floor by floor. General Demolition also delivered the pile enabling and probing works.

One of the major challenges on the project was the removal of the basement slab. To maximise on time, General Demolition implemented 1.5 metre diameter circular saws to pre-cut the slab prior to its removal. The equipment required generators for extra power requirements and booster pumps to ensure an adequate water supply.

1 Tudor Street is a building of archaeological interest. For example, inside, there is an original Tudor staircase and so care and caution was taken to protect and preserve these historical features of the building.

The site lies within the ‘Ring of Steel’, the security and surveillance cordon surrounding the City of London. With this in mind, a road closure plan came into effect for removing construction and demolition waste from the site during specified hours. This involved the installation of a special loading and unloading gantry.

You can read more about our demolition services on our website. Follow us on LinkedIn for regular updates.