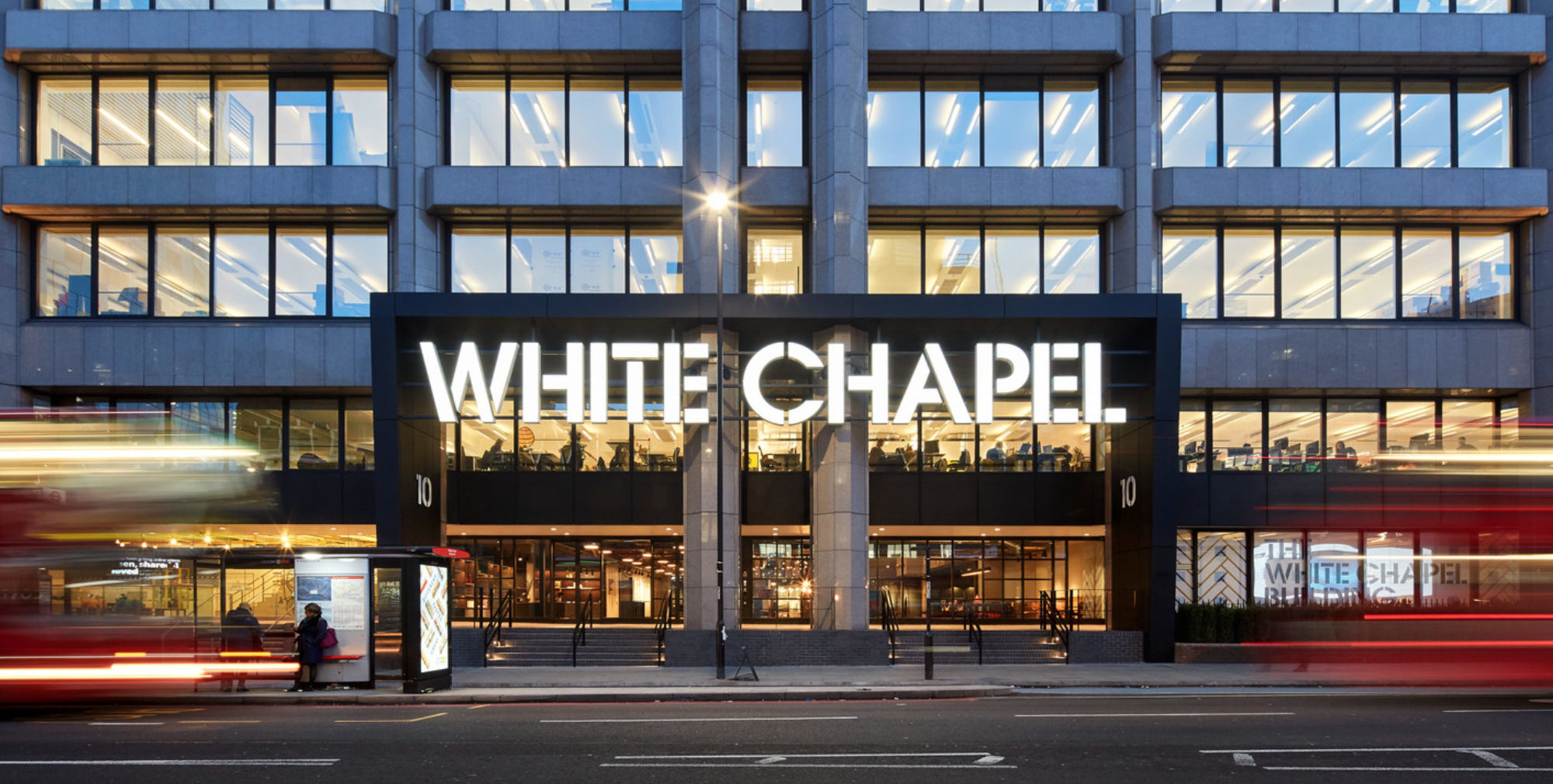 Whitechapel High Street is a constrained and congested city centre road, comprising of commercial and residential properties. Through our experience of projects of this nature, General Demolition Limited were able to overcome the logistical challenge of this heavily constricted site with ease. The plans for this project involved repurposing the existing building to create a fresh, modern office building.

The building structure comprised of a hybrid reinforced concrete frame, with long span steel beams forming individual bays. Firstly, we installed temporary works to maintain the safety of the building and members of the public.

Before the deconstruction of the structure could commence, General Demolition performed an extensive strip out phase. This included the removal of internal partition walls, mechanical plant, equipment and services from the site.

Once the site was stripped, the internal deconstruction phase of the project began. General Demolition removed the reinforced concrete at ground level, inclusive of blockwork and the removal of the reinforced concrete wall. Works also included the demolition of suspended slab and supporting walls, and the subsequent creation of structural openings including trimming steels for the creation of lifts. Also included in the removal was the breakout corner stairs, and all arisings associated with this activity.

Many original features and materials were maintained throughout the redevelopment of the 1980’s office block. General Demolition assisted in the replacement of the lean-to on the west facade, removing it to make way for a stylish and modern first floor pavilion.

Derwent London acquired the existing building in 2015. Formerly known as Aldgate Union, and home to the Royal Bank of Scotland, the refurbishment led by Derwent with Fletcher Priest Architects has transformed the building into an exciting Tech Hub in the City of London, with leading tech, media and creative organisations making a home there.

Read more about our strip out services on our website. Be sure to follow us on LinkedIn for regular updates.