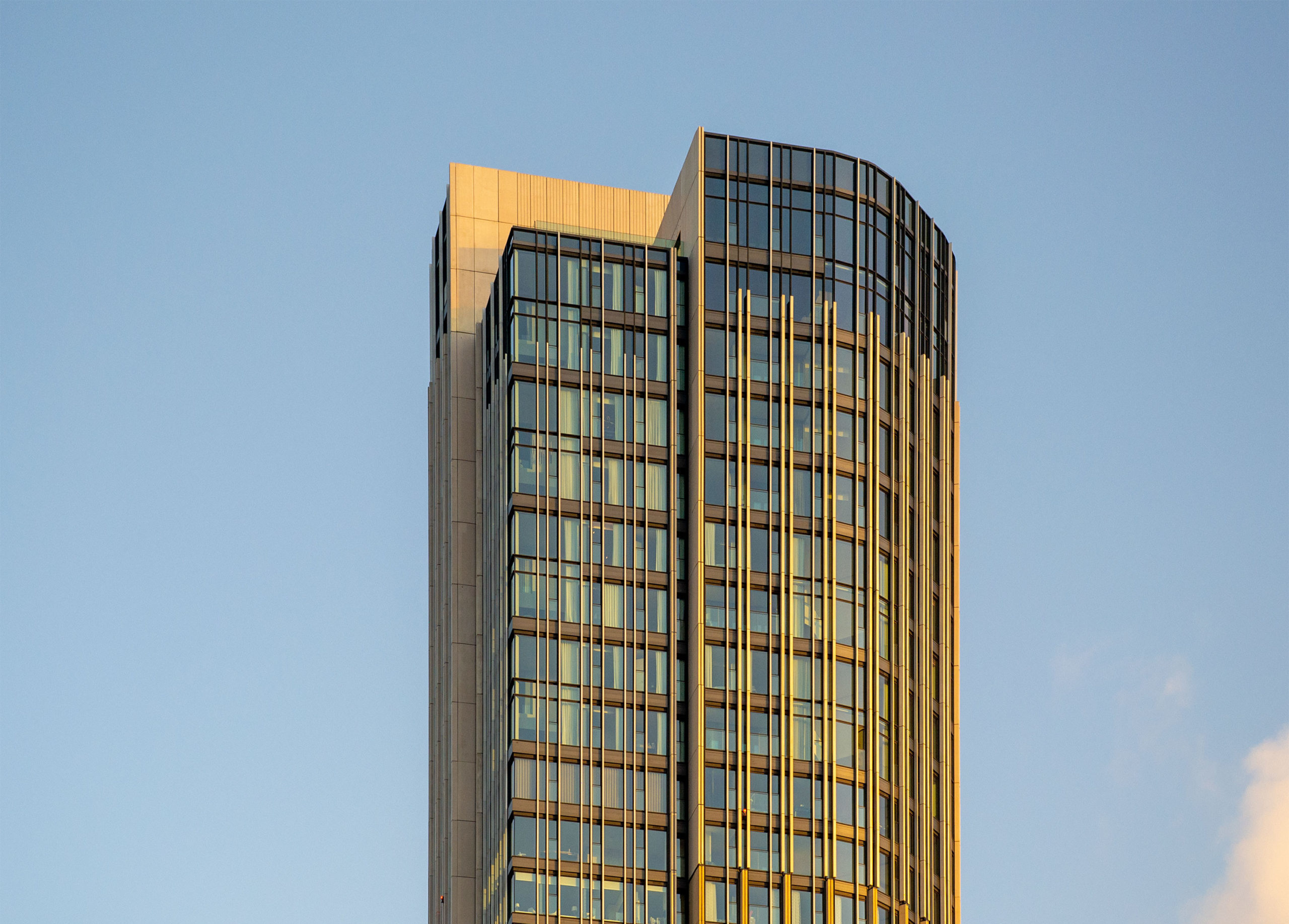 General Demolition were the main contractors on the South Bank Tower demolition, which had been empty for several years. Our enabling works helped to transform the empty building into modern residential accommodation.

South Bank Tower, formally King’s Reach Tower and the home of IPC Media on London’s Southbank, had been empty since 2007. Comprising a 32-storey tower, plus adjacent six-storey podium building, the site had been earmarked for transformation into a mixed-use development. As plans for its refurbishment progressed, General Demolition completed the comprehensive strip out in a five month programme.

General Demolition de-rated both buildings, stripping out all internals, including the mechanical and electrical services, plant, fixtures and fittings. The scope also included the demolition of two covered link bridges that connected the podium with a neighbouring 111-metre tall tower.

The key challenges on this project included removing the South Bank Tower’s eight lifts. This was achieved by cutting the cables and lowering the cars slowly, using a block and tackle, while stripping out the fixtures in the shafts during the descent. Then, the team disassembled and removed the cars at ground level.

Real estate company CIT appointed General Demolition to undertake the demolition works. CIT owned the site in joint venture with Riyadh-based Jadwa Investment. All work was successfully completed on time and within budget.

Keeping the local community abreast of developments was a priority when carrying out the South Bank Tower demolition. We implemented specific neighbourhood liaison measures, including a newsletter distributed to residents and businesses.

Read more about our demolition services on our website, and be sure to follow our LinkedIn page for regular updates.

Project Overview Summary Over 2000 tonnes of…