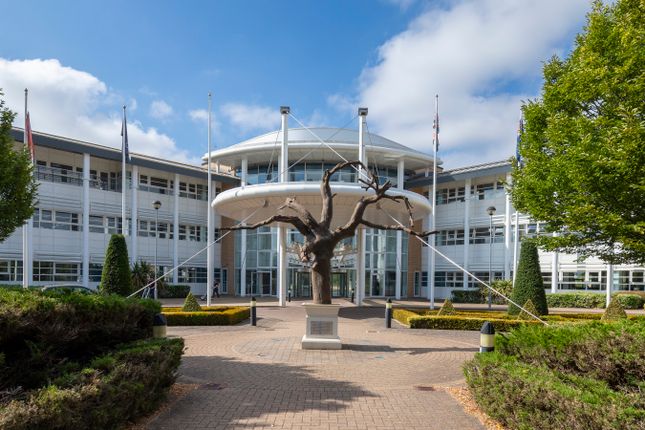 The Crescent in Farnborough was built in the 1980s and comprises of six two & three storey commercial office buildings, each occupying an area of 1000 m2. These large office blocks were home to large corporations such as Airbus and Boeing over the years but have since become redundant. General Demolition were contracted by Legal & General to carry out the strip out works as well as addressing the site security issues and vegetation clearance to the entire site.

All six buildings were stripped of all fixtures and fittings, including floor covering, ceilings, internal partitions and all electrical and plumbing services. All waste was segregated into individual waste streams and removed to the car park area, a 20t excavator would then dispose of the material into large waste bins ready for collection from site. This process was repeated for each building and client sign off was given on completion of each structure.

The team then focused on the vegetation clearance to the surrounding area leaving a clear site for the future development. The security of the site was a priority on the project due to the open nature of the Crescent which was currently being used as a cut-through by the local community. General Demolition were tasked with installing over 650 linear metres of 3-metre-high hoarding to the whole perimeter of the 4.4-hectare site which was then finished in the Clients choice of colour and graphics. The team worked closely with the local tree officer to ensure that the hoarding had zero impact on the surrounding trees and ecology in the area. This continuous screen provided the necessary security and site finish required by the Client.

Challenges were overcome through diligent planning, co-ordination and comprehensive communication within the team. Internal and external Health and Safety audits were also carried out throughout, resulting in zero accidents or incidents.

In keeping with General Demolition’s safe working policies, the project was completed on time with no reported incidents and an overall score of 98% recyclability.